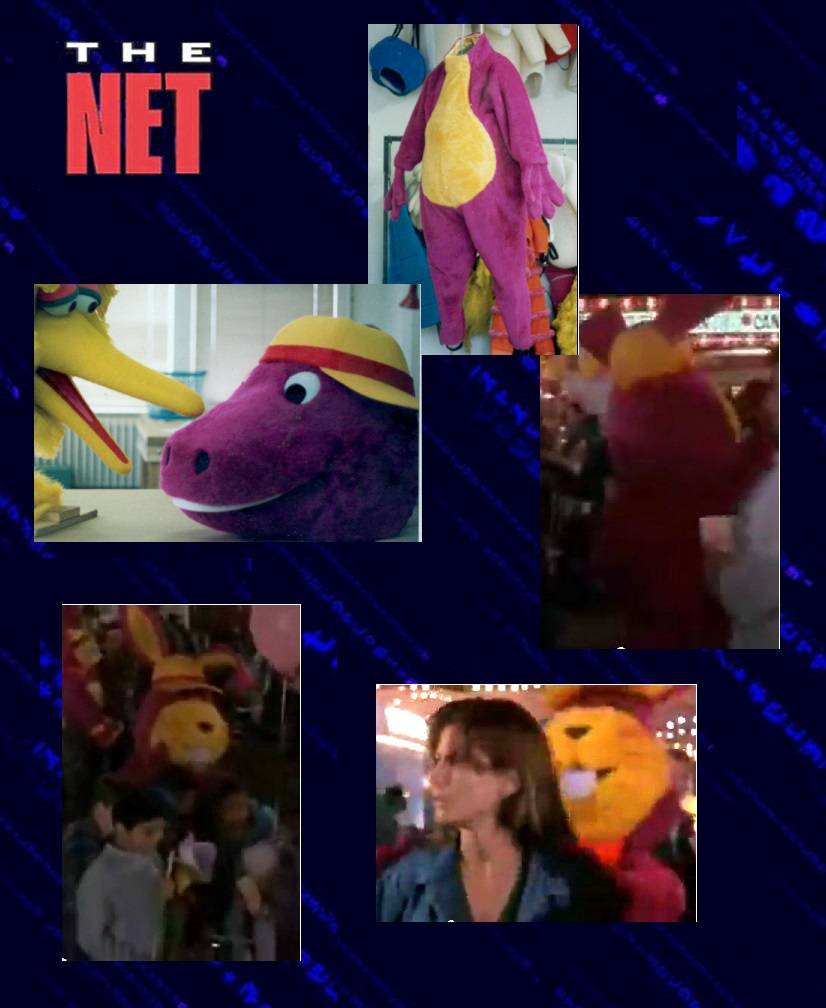 This character costume was built by The VEE Corporation to appear in the 1995 feature film "The Net." The original storyline called for the character to be an obvious Barney knock-off, and to be mistakenly shot by the assassin that chases Sandra Bullock's character through an amusement park. At the last moment, however, the story was changed, and the mascot was repurposed to be a generic bunny. I assisted in the general build on the original dinosaur character costume.