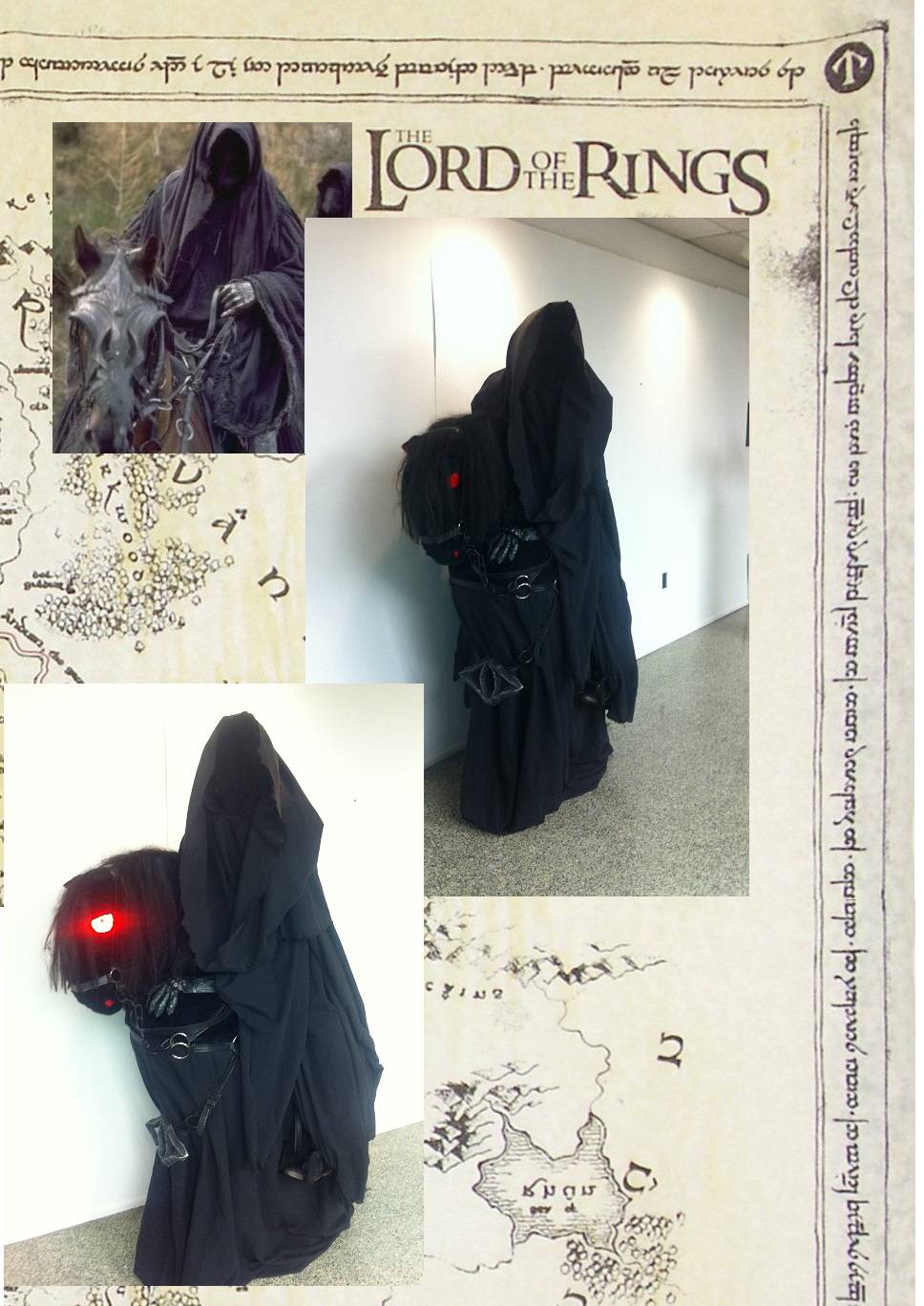 This puppet/costume combination--a recreation of the Ringwraith/Nazgul character from "The Lord of the Rings" film series--is known as a trompe l'oeil (French for deceive the eye), where the costume and puppet together with one performer give the illusion of a rider on a horse. The horse puppet had been originally created for a theatrical production of The Legend of Sleepy Hollow as the Headless Horseman's steed, and is built from cardboard covered with fur, re-purposed wigs for the mane, and red bicycle reflectors for eyes that glow red in flash photos. The puppet fits around the performer's waist, with fake legs draped over the sides of the horse to add to the illusion, and the performer walks on stilts to add height. (In this case, the "stilts" were actually upturned plastic garbage pails, which gave a broader base for balance and had the unexpected added bonus of creating a realistic "clop-clop" sound when walking on a hard surface.)