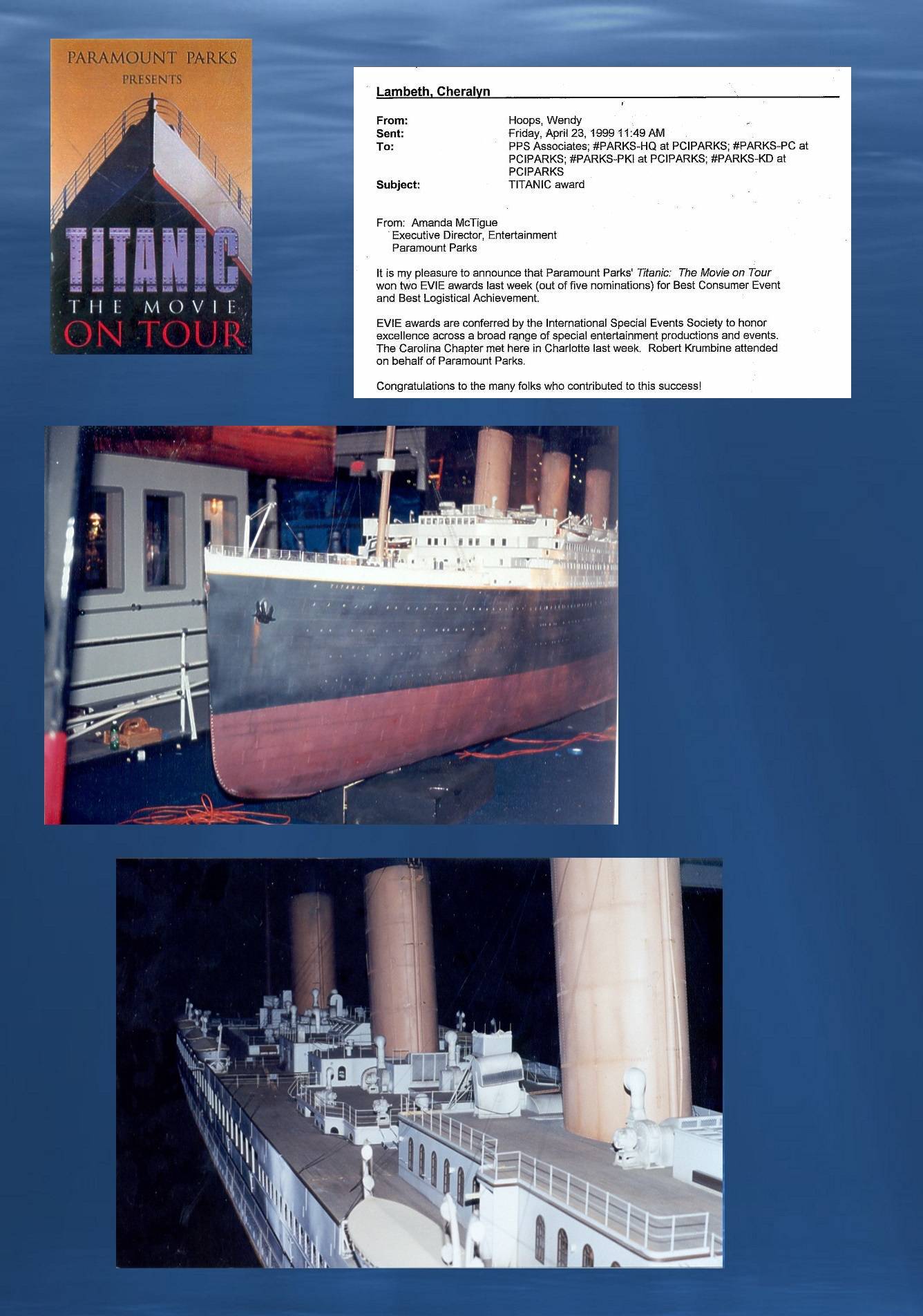 One project undertaken by Paramount Parks/Paramount Production Services was a national touring exhibit of costumes, props, and other memorabilia from the 1998 Paramount film "Titanic." The ship model had been damaged in storage/shipping, and I worked with the props team sent to repair it for the tour. The exhibit won two EVIE (Events in Excellence) Awards from the Charlotte chapter of the International Special Events Society.