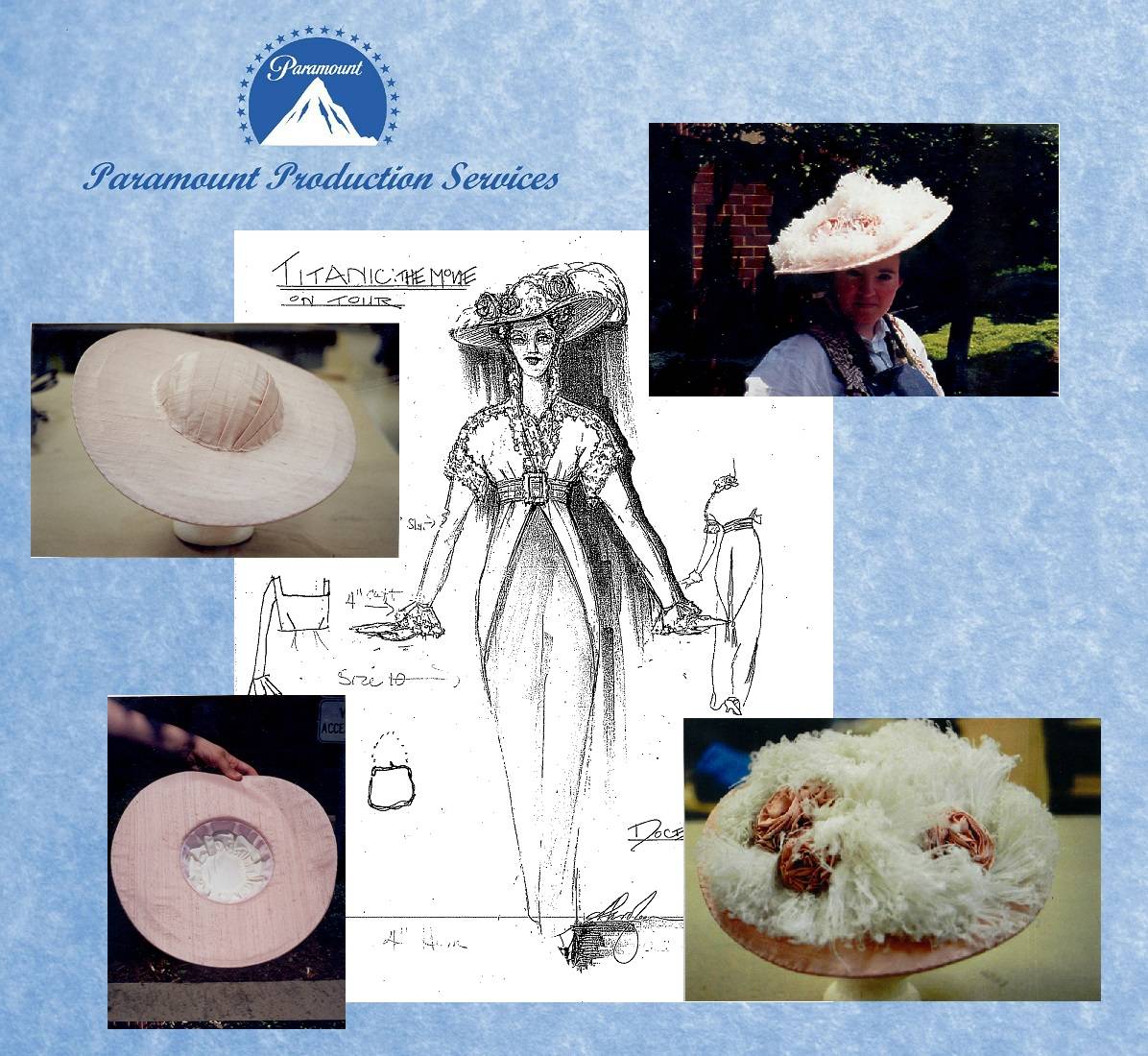 One project undertaken by Paramount Production Services was an international touring exhibit of costumes, props, and other memorabilia from the 1998 Paramount film "Titanic." The docents were all dressed in period clothing similar to that seen in the film, and I built several matching hats, starting with an existing buckram hat base that was extended to create a larger brim, and then covered with fabric. The hats were fully lined, and I created cabbage roses of matching fabric to stitch to the brim along with the ostrich-feather trim. The exhibit won two EVIE (Events in Excellence) Awards from the Charlotte chapter of the International Special Events Society. (Costume designer, George Sarofeen)