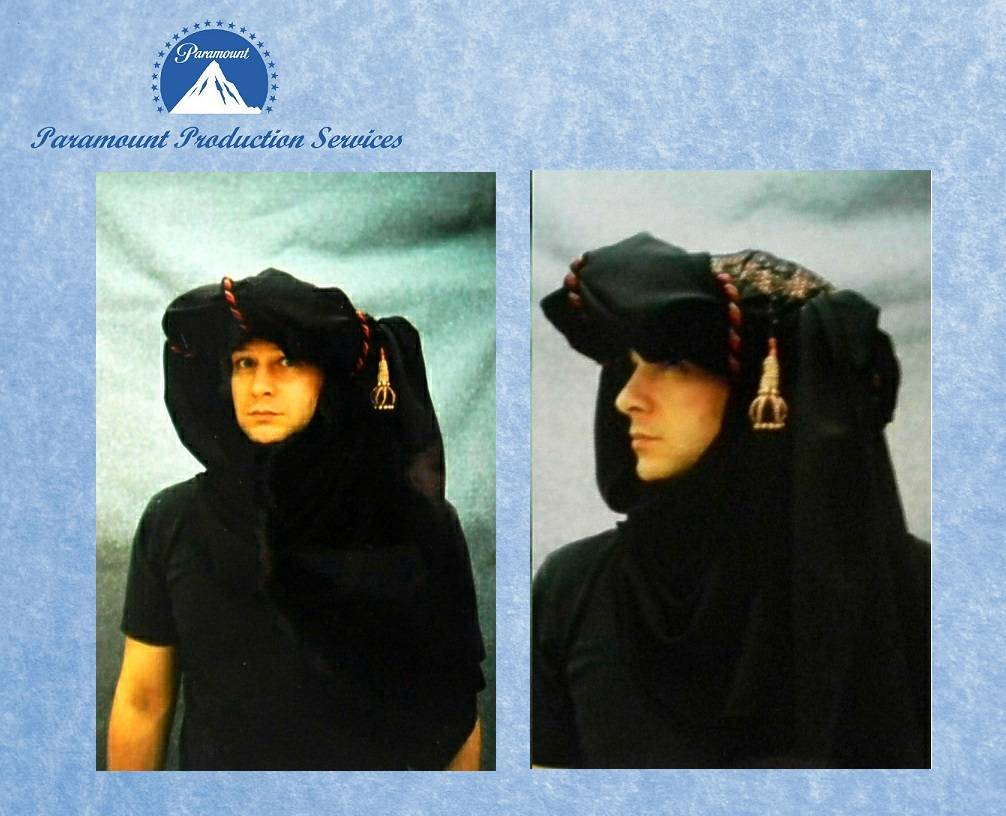 Another of Paramount Parks' ice-skating shows was one based on the "Indiana Jones" film series, and several "villains" battled with the title character during the course of the show. These "Raiders of the Lost Ark" inspired turbans worn by the villain characters were patterned with full hoods fastening at the neck, with a contrasting fabric at the crown, and matching black fabric for the turban roll and drape. A decorative cord was wrapped around the turban roll, with a tassel stitched to one side.